The Eye of the Sahara is one of the world’s most mysterious geographical locations. What’s so mysterious about it? Well, not only is it smack in the middle of the eleventh largest sovereign state of Africa, but it has also fallen victim to the curiosity of humanity.

Curiously, it has also been highly hypothesized that this desert may have been the world-famous mythological Atlantis. Although that has not been confirmed scientifically, this structure was first noticed by astronauts in NASA’s early space missions. 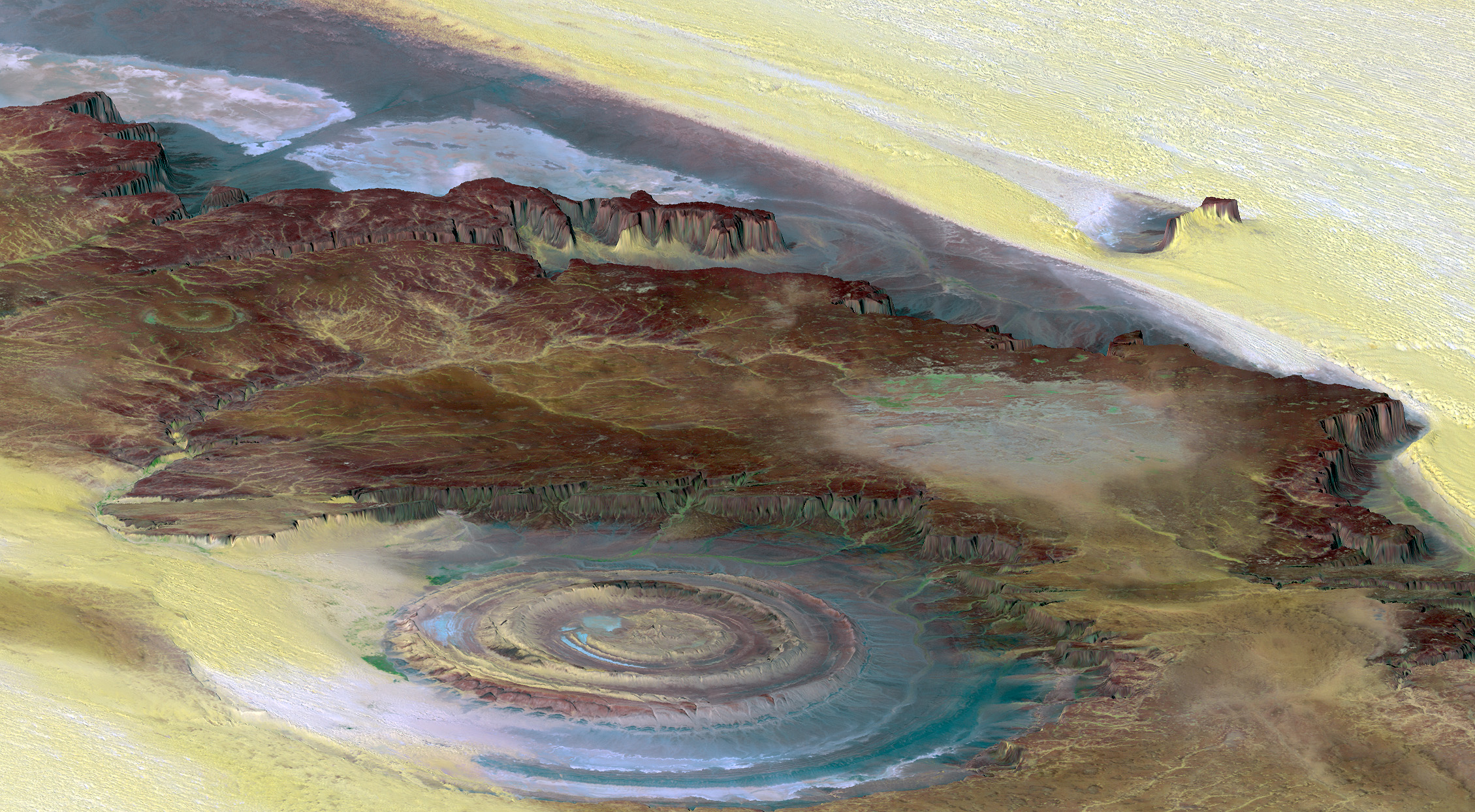 About 3.7 million people live in Mauritania, though most of the population live along its Atlantic coastline about 300 miles away from the mystery. Which, in reality, it is very convenient to keep the structure, and its secrets are hidden away for all to see.

The area itself has puzzled geologists for years, as it features a bullseye type of look in an otherwise featureless stretch of desert land. It is now thought of as merely a symmetrical uplift that erosion has laid bare. It has been said that the structure was created by the impact of a meteor, although there are many factors that prove that may not be the case. Also known as the Richat Structure, the eye is a 25-mile diameter rock formation.

This structure completely puzzled scientists and captured the attention of the conspiracy theory demographic. Wasn’t Atlantis supposed to be sunk in the water, not the desert? To understand this, we need to go back in time, to the century of the famous philosopher Plato.

Plato is one of the world’s best-known and widely studied philosophers. He told the story of Atlantis around 360 B.C. The founders of Atlantis, as quoted by Plato, were half god and half-human. He dictated that the lost city of Atlantis was made up of a series of rings just like the eye of the Sahara. Plato described Atlantis as a giant formation of concentric circles, switching between land and water, fitting the description of how the eye looks at this very moment.

Not to mention the fact that scientists discovered clusters of Archileun artifacts similar to those of Atlantis. Scientists still question this structure and how exactly it came to be, although astronauts seem to love it, as it is a key landmark that can be seen from space. 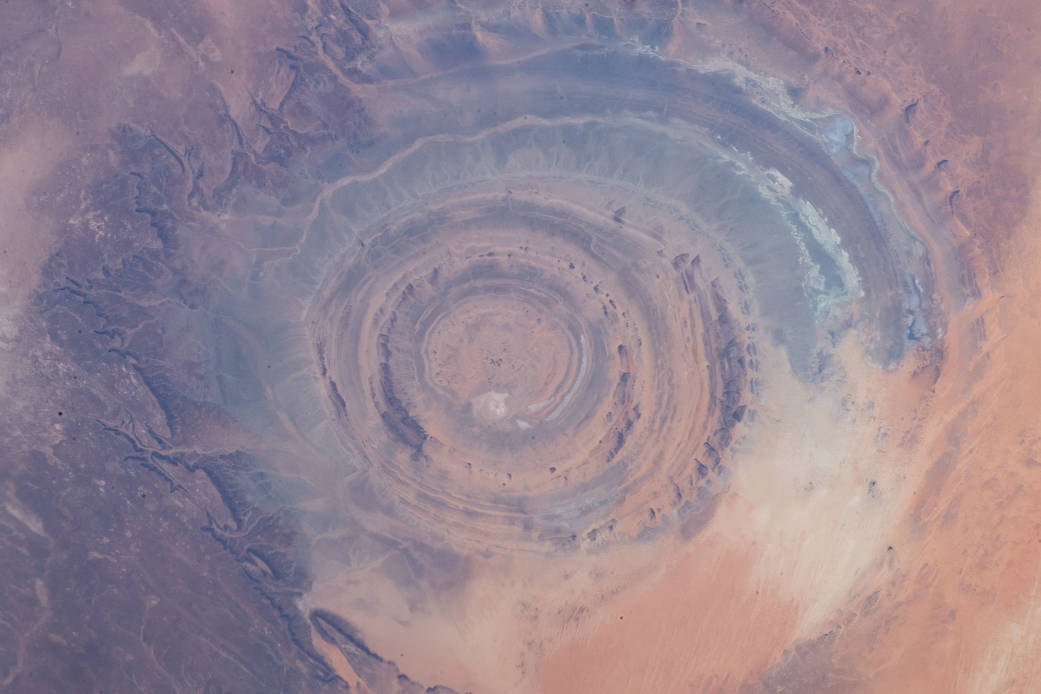 Life can definitely be a game of guess and tell. Structures and mysteries just like this prove that beyond the matter of our physical reality, there are many things left unanswered. What exactly is a mystery? Isn’t it something that is difficult or impossible to understand or explain?

The beauty in that is the adventure to seek out knowledge to make a mystery a reality. Who knew that one day a geological location such as the eye of the Sahara would one day become a metaphor to how sometimes things in life cannot be explained or understood. That relates in every way to humans as well. It is up to us to figure out a compromise of understanding.

Hundreds of years have gone by, and there is still no solid answer as to what, or who, or even why the Eye of the Sahara manifested. Then again, if we had all the answers, what would we have to look forward to?

The City of Atlantis – Lost and Never Found